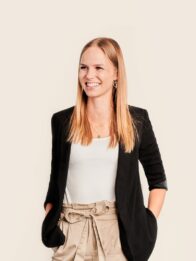 Elena is an app marketing expert at App Radar. She’s intrigued by searching for new app store tricks to share with her clients all around the world, with special focus on organic user acquisition.

New Google Play Developer policies started to get enforced as of the 29th of September 2021. That brings along two major changes in terms of App Store Optimization:

However, there was no hard cut on that date in terms of app title length. This made some apps and games still stay with the 50 characters. We have to admit that at the first sight it sounds tempting to still use the 50 characters in order to benefit from the valuable character space for keyword rankings. But how does Google see it and what is the impact on visibility?

Has Google punished apps that are not compliant with the new Google Play policies?

We analyzed several apps and games on the Google Play store to see whether neglecting the guidelines had any impact on visibility. So far it seems that results differ. Thus, it still remains unknown how exactly Google will go about apps that do not follow the new policies.

The app “Viber Messenger” is a good example of this as it is killing two birds with one stone. They are still using more than 30 characters in the app title in the German Google Play Store. At the same time, they are using forbidden price keywords (“kostenlos” / “free”) in metadata for German and English (UK) localization. Let’s take a look at how their important keywords evolved after Google policy changes got enforced!

The keyword “chats” remained relatively stable on position 2 in Germany. Yet we could observe more fluctuations in the period before the policy change. Hence it seems the guidelines haven’t had any real impact on this keyword.

For the keyword “messenger”, the app “Viber” experienced a drop as of the beginning of November. This is around a month after the official changes from Google Play Store entered into the force. Therefore, it is difficult to tell if Google actually penalized them because of not being compliant with the new store policy. The other impact factors could be also involved here (e.g. a drop in conversion rate, increased crash rate, lowered avg. star rating, etc.).

Learn more about impact factors on rankings in Google Play.

Another interesting example, as part of our analysis, is the app “Thirty One”. They reduced the length of their app title in the Netherlands about two weeks after Google enforced the new policies.

Now the question is: has Google taken any measures to penalize the app’s visibility while it was still live with the 50 characters? Let's look at the keyword ranking evolution below. It seems to be related to more overall fluctuations, but no clear correlation to the policy change can be confirmed.

However, after they reduced the app title to 30 characters it seems that Google started adapting to the change which resulted in bigger drops. Based on other analyses, we expect the ranking to go up again after some stabilization time.

What happened to apps that still use forbidden keywords in Google Play Store?

Google stated that the restrictions around certain keywords will apply for the app title, developer name, and icon. But now it seems that Google is not allowing such keywords anymore across the whole metadata.

As for the long description, we’ve observed that the word “new” was  the reason why the app release got rejected:

It still remains unclear how Google will go on with penalizing apps that do not meet the new criteria. However, the title appears to have the most important weight based on the warning description within the Google Play Console:

It seems that Google hasn’t started sanctioning it yet when an app exceeds the 30 character limit. Even on the Google Play Console, the title field still allows for 50 characters. Now there is only a notification that the app may not comply with the upcoming changes to the metadata policy. However, certain app developers say that some of their smaller apps and games have been suspended because of the use of “free” and “best” in the app title.

For apps that do not respect the new guidelines within the short description, the warning in the Google Play Console states a possible loss of promotion. Hence the penalization so far seems less strict compared to the app title.

Note: Don't include to your title, short and/or long description, and to your creatives any keywords that imply store performance, ranking, awards, user testimonial or price, and promotional information.
Learn more about Google Play Store policy changes here.

What happened to apps that used forbidden graphics in icons?

The guideline clearly states that keywords that imply store performance, promotion in the icon, title, and developer name are refused. Still, there are many apps and games out there that haven’t adapted it yet as seen in the examples below:

“Huuuge Games” with their Free Slots Casinos Game is a good example of neglecting the policies. They still use “top” as well as “free” in their app icons and additionally in their app titles.

In terms of visibility within the Google Play Store, no clear correlation with the policy changes could be observed so far. They haven’t been featured before the policy change nor after. Rankings on important keywords have been fluctuating for some time, which could be though related to the policy change.

What happened to apps that have adapted their store listing on time?

A lot of apps followed the guidelines and updated their store listing according to the new Google Play Policies on time. Among them is “myposter”, who shortened its app title to 30 characters on the 10th of September (Google Play, Germany).

In order to do so, “myposter” removed “Fotos drucken” from the app title in the German Google Play Store as seen in App Radar’s app timeline.

For the more popular keyword “fotos” a more significant drop followed shortly after the policy change. This could be a sign of the algorithm adapting to the changes. However, after some fluctuations, “myposter” achieved for the keyword “fotos” even higher than average position compared to the previous period.

This leads to two conclusions:

On the one hand, it might be that Google liked them being early adapters and respecting the 30 characters limit at an early stage. For the keyword “fotos” with higher search volume and higher difficulty, it took some more time to stabilize while the algorithm was probably trying to adapt to the changes.

On the other hand, it seems that the increased count of repetitions across the metadata helped to buffer the loss of the keyword within the app title. While removing the keyword combination from the app title, “myposter” included the given keyword more often in the long description.

From the 29th of September 2021, new ASO Google Play Store policies started to get enforced. The main changes are applying to meta description:

Some app developers have decided to comply with the guidelines on time and not risk any damage to their app visibility. However, others have chosen to leave their metadata unchanged until they see real danger.

The measures taken by Google are still unclear for now. Some apps that neglected the guidelines lost visibility, others stayed more or less stable. It remains to be seen how strict Google will become in the future with turning those warnings into real penalties.

Therefore,  your app title shouldn’t be longer than 30 characters and your metadata shouldn’t contain keywords that are not allowed anymore. We highly recommend you adapt to the new Google Play Policies as soon as possible. While you are doing the changes, make sure to watch your rankings and store visibility with App Radar!

Elena is an app marketing expert at App Radar. She’s intrigued by searching for new app store tricks to share with her clients all around the world, with special focus on organic user acquisition.
Get valuable insights
right in your inbox.
Related articles
How to use Apple In-App Events (IAEs) to increase your organic…
Learn why and how to add in-app events to your mobile …

Rebecca
Interview: How did App Radar get started?
In this interview, App Radar's co-founder Thomas …