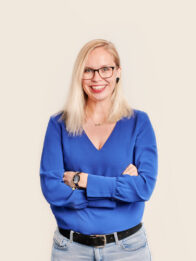 If you want to make your app available for download for a global audience, you need to list it in app stores. Now, most of the app stores charge a fee on paid apps and in-app purchases. As a typical middleman, they take a cut of the app revenue for facilitating your app distribution. That’s how app stores make their money.

In this post we're taking a look of Apple App Store fees, Google Play Store fees and highlight fees for some other bigger app stores.

The standard commission rate for distributing your app seems to be 30%, but each app store also has its exceptions. More precisely, the app store revenue comes from taking a commission on:

Note: In-app purchases (IAP) include any transactions performed inside the app except the purchase of physical goods, like booking a flight in a travel app. If you use advertising inside your mobile app as your app monetization strategy, then app stores cannot charge you for that.

App distribution via Apple App Store gives access to over a billion customers in 175 countries and regions on iPhone, iPad, Mac, Apple TV, and Apple Watch. There are no hosting fees, but there’s an annual fee of $99 for the Apple Developer Program ($299 for the enterprise version). And Apple will take a share of your app revenues.

So how much percentage does Apple take from your app revenue? Until November 2020, it was a 30% commission from the total price of all paid apps and in-app purchases from the App Store. However, since then, two rates can apply:

Note: Apply for the App Store Small Business Program that was started on the 1st of January 2021 in order to qualify for the 15% app store commission fee. According to Sensor Tower, an estimated 98% of app developers should be eligible for this.

If you're wondering how does Apple make sure to get a share of your app revenue, then here’s the answer:

If you want to unlock features or functionality within your app (by way of example: subscriptions, in-game currencies, game levels, access to premium content, or unlocking a full version), you must use in-app purchase.
App Store Review Guidelines

Google takes a 30% share of your app revenue as well, and also Google’s cut on your revenue for subscriptions decreases to 15% after a year. There’s also a one-time $25 registration fee for the developer account.

Just like Apple, also Google makes sure to legally oblige you to give a share of your app revenue. Here’s a snippet from Google's guideline:

Google and Apple fee comparison with other app stores

In the table below, you’ll find commission levels of 12 other app stores so you can compare their charges with Google and Apple app store policies.

Most app stores take a 30% commission on app revenues from in-app purchases, subscriptions, and paid app downloads. As typical middlemen, that's the way they make their money.

If you’re just getting started with your app distribution, do reach out to App Radar’s team! Our experts are here to prepare your app store launch so that you can start making app revenue faster.