iTranslate was featured many times in international press and was even called by Apple’s COO Jeff Williams as “one of his personal favorites”. They managed to become the market leader for dictionary and translation apps. This is how App Radar supported the growth of iTranslate.

Founded in 2009, iTranslate has developed a variety of translation and dictionary apps. The app iTranslate allows its users to translate texts and websites in over 100 languages. Besides this app, the company has developed other translation apps, all serving the purpose of allowing anyone to speak, write and read in any language anywhere in the world.

iTranslate needed to find a way to effectively manage their portfolio of apps. With different apps offered in various app stores, changes had to be done for each app and each store separately. It took a lot of time to manage and update all of the apps in App Store Connect and the Google Play Console. Besides this, iTranslate was also lacking transparency in how well their apps can be found by their target group.

App Radar tool made it possible for iTranslate to manage their apps for the app stores (Apple App Store & Google Play Store) in one interface. Especially, it increased the transparency of app performance. Since there was no more need to switch between different tools, the hassle that was involved with managing multiple apps for the app stores was significantly reduced and the updating process simplified.

It was a challenge to overview all our apps in App Store connect (iTunes connect) and Google Play Console. With App Radar, we can finally manage all of them in one place! 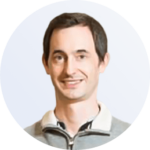 The optimize and analyze features provided iTranslate with transparency on how easily their app can be found by their target group. So changes to the metadata could be made to better reach their audience.

3Results
Increase in efficiency and transparency

Using App Radar has helped iTranslate to retain a high level of organic user stream over the years. Identifying how well each app is ranking on which keywords, increased the transparency of the app performance and helped iTranslate to optimize their metadata further. And to generate even more organic downloads.

With the help of App Radar, they’ve managed to improve their marketing effort even further. With more than 400 million downloads, iTranslate is considered to be the leading translation and dictionary app and is still using App Radar to polish their app store listings and retain sustainable organic growth.

App Radar supported us in growing our app business and becoming the market leader. Using this great tool we’ve managed to retain a high level of organic user stream over the years.
Alexander Marktl
CEO of iTranslate
More Case Studies

Earkick, developed by the team of Herbert Bay and was first published on the Apple App Store on October 25th, 2021. Read more about how App Radar's app store marketing service team helped Earkick with an app launch strategy and got the app featured on Hot-This-Week during the first 24 days after launching.
Case Study lesen
438,852
app impressions in the first 24 days after app launch Cocologics, the company behind ProCamera app for iOS, was searching for a reliable ASO partner to support their app store optimization and advertising activities in order to increase efficiency and performance.
Case Study lesen
+25%
increase in revenue