World of Warships Blitz is one of Wargaming’s free-to-play action mobile games that already experienced considerable success in several localizations, including highly competitive English (US). App Radar experience shows that the more localized an app listing is, the more likely visitors from the respective country will install the app.

Wargaming had an extensive portfolio to work with but had previously translated only some of their app metadata for the different locale’s native languages. As a result, not every app store listing was localized entirely. For example, the game was looking to grow its exposure and brand awareness in many other competitive locals such as Spain, Russia, Korea, and Japan.

So the company was looking for an app growth team to assist them with localizations they have entered but were still unfamiliar with. In total, there were 12 localizations that Wargaming handed to App Radar for optimization: French, Italian, Korean, Portuguese (Brazil), Russian, Spanish (Spain), Turkish, Chinese (Traditional), Chinese (Simplified), German, Japanese, English (US).

Our app store marketing experts focus on identifying problems and providing customized solutions. We work with data instead of making wild guesses. The accuracy of our data-based approach saves our client’s time and helps everyone involved to avoid growing an endless cycle of trial and error.

We tackled app growth for World of Warships Blitz across their 12 different localizations for Apple App Store and Google Play Store. Utilizing a targeted App Store Optimization (ASO) strategy for each locale, we identified high opportunity keywords in the specified country’s native language.

We saw an average of 35% increase for all locales World of Warships Blitz localized for in the Apple App Store. This includes competitive locales such as Korea, Russia, and Japan. For some locales, the results were extraordinary: up to 90% more app impressions. There were several other competitive locales that saw exponential improvement. World of Warships increased their Apple App Store impressions for Spain (Spanish) by a whopping 73%. The game got an even crazier 91% increase in impressions for Turkey (Turkish). 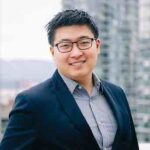