Kingdom Rush is one of the most known Tower Defense (TD) game brands in the world. It is developed by Ironhide Game Studio and was first published in 2011 by Armor Games. Tower defense (TD) is a sub-genre of a strategy game where the player needs to defend its territories or possessions.

Paula Bentancur had just started as the Head of Marketing of Ironhide Game Studio, and started looking for ways to organically grow their apps. This led her to the topic of app store optimization (ASO).

Relatively new to the topic, I was at first just searching for an ASO tool for initial research. After I got more support than expected from Lukas and his team at App Radar, who took the time to dive deeper into ASO with me, I decided to let the app store marketing experts of App Radar help us. 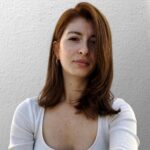 Although Ironhide Studio had had a quite big success with their games, they still kept their marketing team rather small. With limited resources on marketing and no ASO knowledge so far, outsourcing to experts showed great potential to enable faster growth.

Ironhide Game Studio decided to start with our Full-Service approach and let us handle their complete app store optimization for the games Iron Marines and Kingdom Rush Vengeance. The partnership included monthly ASO updates and feedback on app store visuals for A/B testing. Also further impactful topics like reviews and ratings were covered. We set up a shared Slack channel to provide seamless communication and ongoing consulting. This way, we could save Ironhide Game Studio time and also ensure a high service level.

As a next step, the learnings from Kingdom Rush Vengeance were taken and applied to Kingdom Rush. The results of this strategy on the performance of their main game were surprising even for ourselves.

Even though their most known game was already 9 years old and had a pretty stable install base that was not changing in the last months and years, it achieved over a 300 % increase in installs.

Besides having a direct impact on the growth of these games, we were especially happy that our consulting, in addition to the operational handling, led to a know-how transfer within the company.

With the workshops, presentations and hands-on advice I could get from App Radar, I also learned a lot and could optimize further Titles myself. This led to an additional growth for other games!

Evaluating return on investment, which is an increase in sales compared to outsourcing costs, is often complicated for consulting services, yet necessary to be done. Hence, we’re very pleased that Ironhide Game Studio analysis shows a 1000% ROI on the Full-Service ASO from App Radar.

The results were achieved thanks to the following App Radar app store marketing services:

Earkick, developed by the team of Herbert Bay and was first published on the Apple App Store on October 25th, 2021. Read more about how App Radar's app store marketing service team helped Earkick with an app launch strategy and got the app featured on Hot-This-Week during the first 24 days after launching.
Read Case Study
438,852
app impressions in the first 24 days after app launch

Cocologics, the company behind ProCamera app for iOS, was searching for a reliable ASO partner to support their app store optimization and advertising activities in order to increase efficiency and performance.
Read Case Study
+25%
increase in revenue
View all